Secondly, the Agency is the only one in the Northwest Territories to deliver both health and social services as well as education programs under one entity as defined under the Tłı̨chǫ̨ Community Services Agency Act. A copy of this legislation is available in the GNWT website at http://www.justice.gov.nt.ca/.

The Agency, unlike other Education and Health & Social Services authorities in the NWT, has three dimensions, as outlined in the figure below:

Three Dimensions of the TCSA 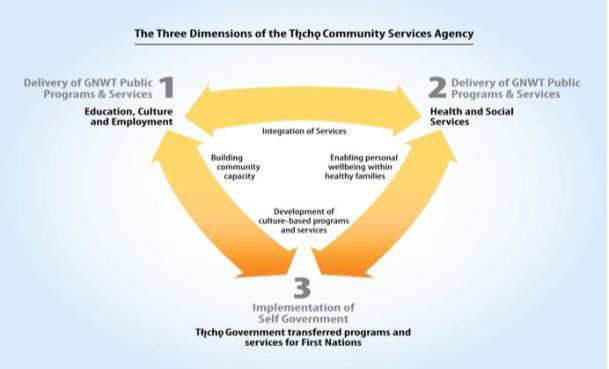 The Agency is governed by a Board made up of four members and a chairperson. The Tłıchǫ Community Governments (Behchokò, Gamètì, Wekweètì and Whatì) each appoint one member to represent their community on the Agency Board. The GNWT Minister of Aboriginal Affairs appoints the chairperson after consultation with the Agency appointees and the Tłıchǫ Government. The term for Agency Board members is determined by the entity appointing them and may not exceed four years. Members may be reappointed for consecutive terms. The TCSA Board meets quarterly throughout the year: additional meetings are scheduled as/when the need arises.

The current TCSA Board members include:

The terms for each of the current TCSA Board members ends in October 2021, while the term for the Chairperson ends in July 2022. The governance structure of the Agency is illustrated in the figure below:

The CEO fulfills legislated roles under GNWT legislation including that of “Deputy Head” for the public service and “Superintendent” under the Education Act. The Early Childhood and First Nations Social Programs, initially transferred to the TCSA by the Tłıchǫ Government, were returned to the Tłıchǫ Government in 2012 as a step towards self-government. The management structure of the Agency is illustrated in the figure below:

Management and Program Function Structure of the TCSA 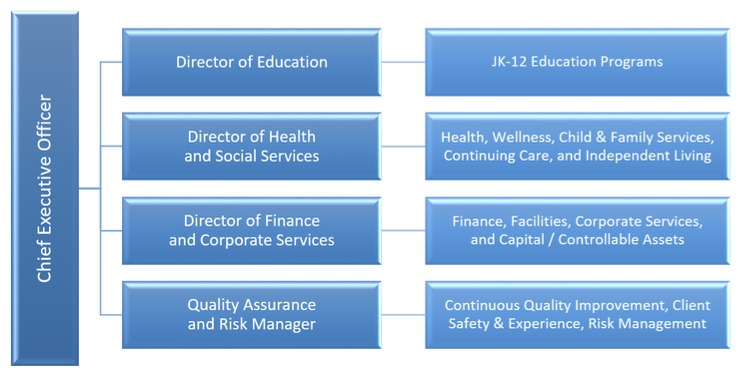 There are no upcoming events at this time.

Check back often for news and announcements from the TCSA

As part of our return to school safety plan, every […]

Dear Tlicho Families; Attached is a letter outlining the TCSA’s […]